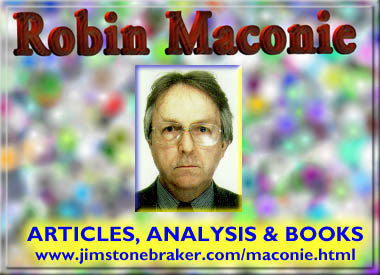 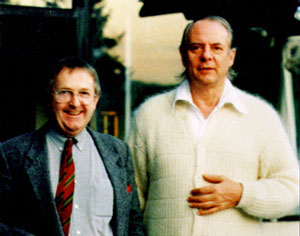 Robin Maconie was born 22 October 1942 in Auckland, New Zealand. A pianist, composer and writer, he studied at Victoria University of Wellington under Frederick Page and Roger Savage, graduating 1964 with a Master of Arts (first class) in the History and Literature of Music, specializing in the music of the postwar avant-garde. From 1963-64 he studied analysis under Olivier Messiaen at the Paris Conservatoire, and the following year 1964-65 studied composition for film and radio under Bernd-Alois Zimmermann, and electronic music under Herbert Eimert at the State Academy of Music, Cologne, Germany.

At this time he also took part in the 2nd year of Stockhausen's Courses for New Music at the Cologne Conservatorium, studying composition with Karlheinz Stockhausen, Henri Pousseur, and Luc-Ferrari, piano with Aloys Kontarsky, conducting with Herbert Schernus, and information science with Georg Heike. He also participated as a composer/observer in classes in cello with Siegfried Palm, harp with Francis Pierre, flute with Aurèle Nicolet, and percussion with Christoph Caskel.

Following a temporary lectureship at the University of Auckland, New Zealand 1967-69 Maconie emigrated to England to study for a PhD in the Psychology of Music at Southampton University, As a freelance in London in the 1970s he was a reporter for The Daily Telegraph, visiting lecturer at The City University, chief music critic for The Times Educational Supplement 1974-79 , a writer for Tempo and The TLS, editorial assistant to John Mansfield Thomson on Early Music, and arranger/producer for Nick Abson Studios. 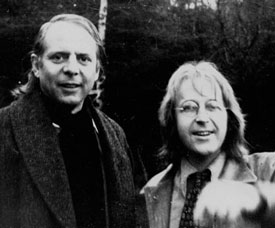 Soon after Oxford University Press commissioned The Works of Karlheinz Stockhausen in 1974 Maconie was appointed lecturer in music and technology at Surrey University. In 1978 to mark Stockhausen's 50th anniversary Maconie devised a film documentary based on the composer's 1971 English lectures as filmed by Robert Slotover of Allied Artists, London. The project was produced in collaboration with Barrie Gavin and released in 1980 on the BBC-TV Horizon series under the title 'Tuning In'. A book Stockhausen on Music based on the documentary lecture material and supplemented by a 1981 interview with the composer was published in 1989 by Marion Boyars and remains in print. The second revised and updated edition of The Works of Karlheinz Stockhausen appeared in 1990. A third updated edition is currently in preparation, to include a sampler CD of the composer's own supervised recordings.

From 1975-85 Maconie lectured in music and technology at the University of Surrey and devised new courses in musical acoustics and the history of music and technology for music and Tonmeister (sound recording) studies. These courses provided the basis of an ongoing series of titles published by the Clarendon Press of which The Concept of Music and The Science of Music have so far been published and a third title, The Design of Music, is currently in preparation In 1997 Maconie was appointed Professor of Performing Arts at the Savannah College of Art and Design where he continues to develop studies in music and communication.